Cody Alan Chats with Brad Paisley Ahead of CMA Week 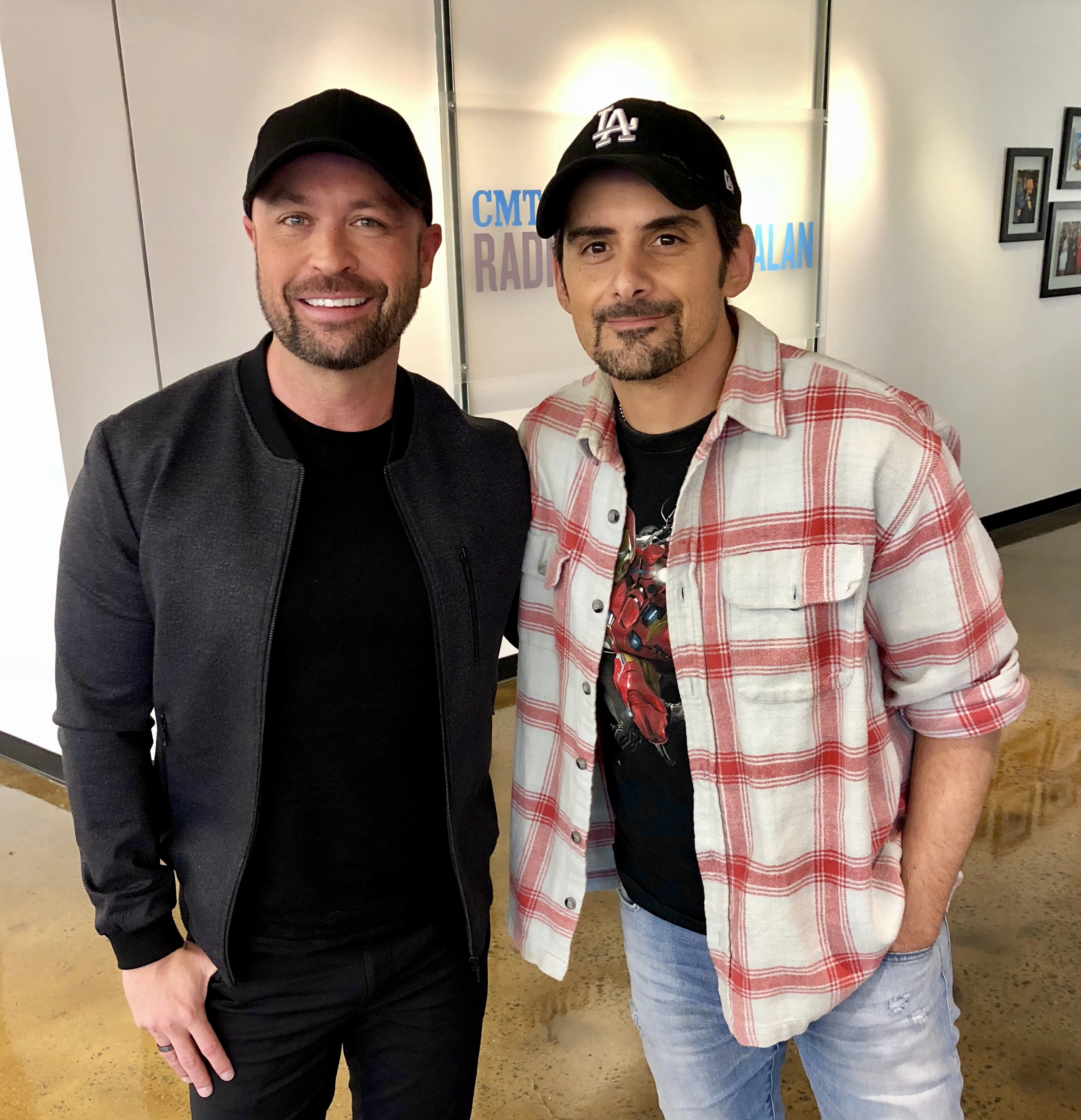 LOS ANGELES, November 8, 2018 – As the 52nd Annual CMA Awards approach next week, award-winning radio and CMT personality Cody Alan caught up 11-time event co-host Brad Paisley.
In addition to teasing his next single, which he says is a “fun break-up song,” the Country star discussed his favorite moment from co-hosting the CMA Awards with Carrie Underwood for more than a decade; whether or not Underwood will reveal her baby’s gender on the CMAs again; and if this is the last year they’ll co-host together.  The platinum-selling, multi award-winning music artist also revealed his thoughts on retirement; and talked about his latest Nationwide Insurance commercial with Peyton Manning; and how his kids take after him.
The interview will air throughout CMA Week, November 12-16, on CMT After MidNite with Cody Alan and CMT Radio Live with Cody Alan. For more information, or to find out where to listen, please visit https://cmtcody.iheart.com/.
Pictured: Cody Alan and Brad Paisley at CMT’s headquarters in Nashville
About Cody Alan
As the host and executive producer of CMT After MidNite with Cody Alan and CMT Radio Live with Cody Alan, Alan is undoubtedly one of the most recognized names in radio.  Broadcast on radio stations across America and originating from the CMT studio in Nashville, his shows feature the biggest names in Country music and entertainment.  Combining his passion for entertainment with television, he also serves as host of CMT’s signature music show, Hot 20 Countdown, seen Saturday and Sunday mornings at 9/8c.  Follow Cody on Twitter @CMTCody or visit https://cmtcody.iheart.com/.
# # #