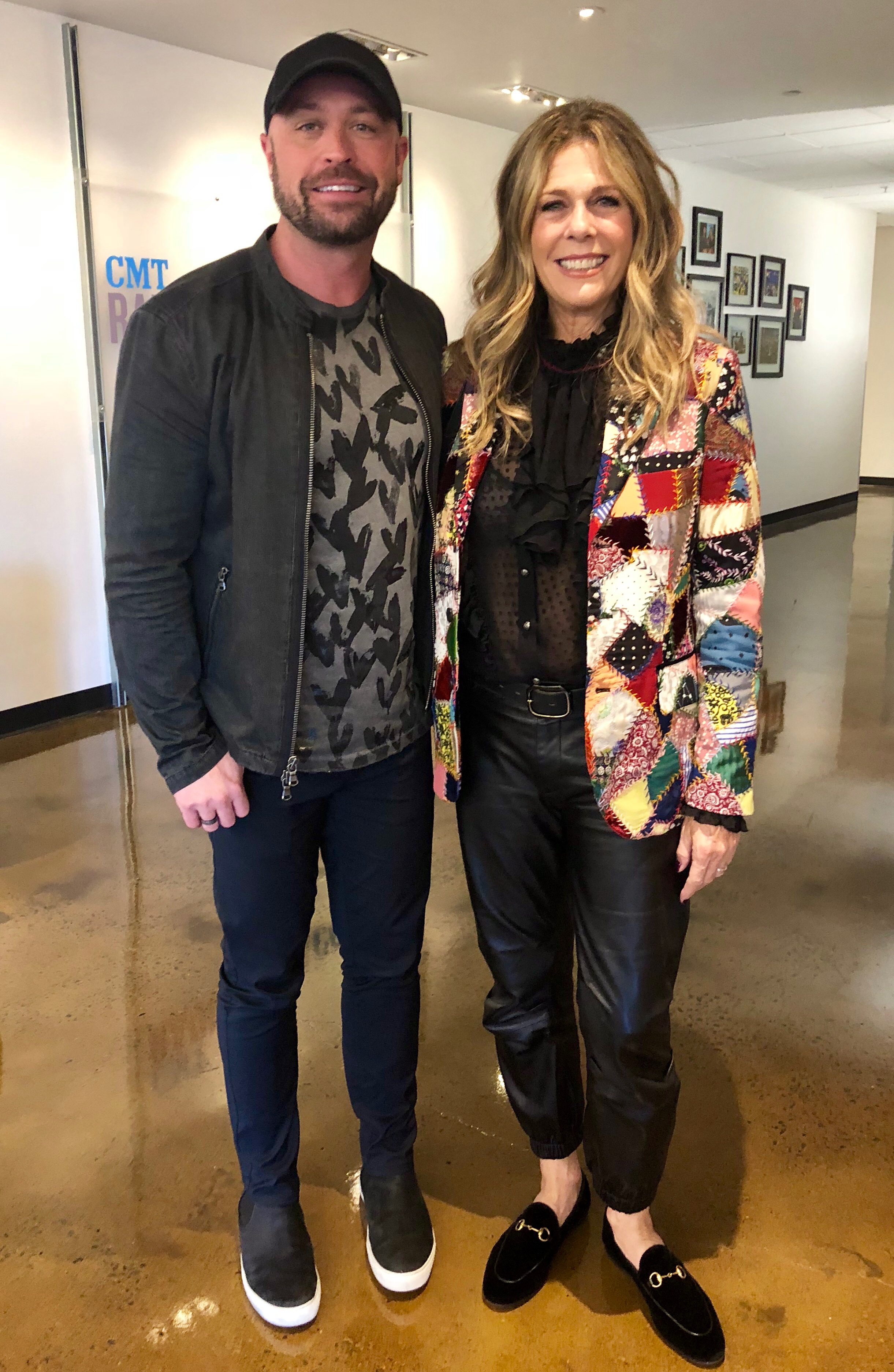 LOS ANGELES, November 7, 2018 – On the heels of her Grand Ole Opry debut, actress, singer, songwriter and producer Rita Wilson sat down with award-winning radio and CMT personality Cody Alan to catch up on her wide-ranging career. Wilson talked about her new album Bigger Picture, her secret to success in a Hollywood marriage, her participation in the 10th Edition of Grand Ole Opry Goes Pink and her story of breast cancer survival, and more.
The interview will air Thursday, November 8, on CMT After MidNite with Cody Alan and CMT Radio Live with Cody Alan. For more information, or to find out where to listen, please visit https://cmtcody.iheart.com/.
Pictured: Cody Alan and Rita Wilson at CMT’s headquarters in Nashville
About Cody Alan
As the host and executive producer of CMT After MidNite with Cody Alan and CMT Radio Live with Cody Alan, Alan is undoubtedly one of the most recognized names in radio.  Broadcast on radio stations across America and originating from the CMT studio in Nashville, his shows feature the biggest names in Country music and entertainment.  Combining his passion for entertainment with television, he also serves as host of CMT’s signature music show, Hot 20 Countdown, seen Saturday and Sunday mornings at 9/8c.  Follow Cody on Twitter @CMTCody or visit https://cmtcody.iheart.com/.
# # #