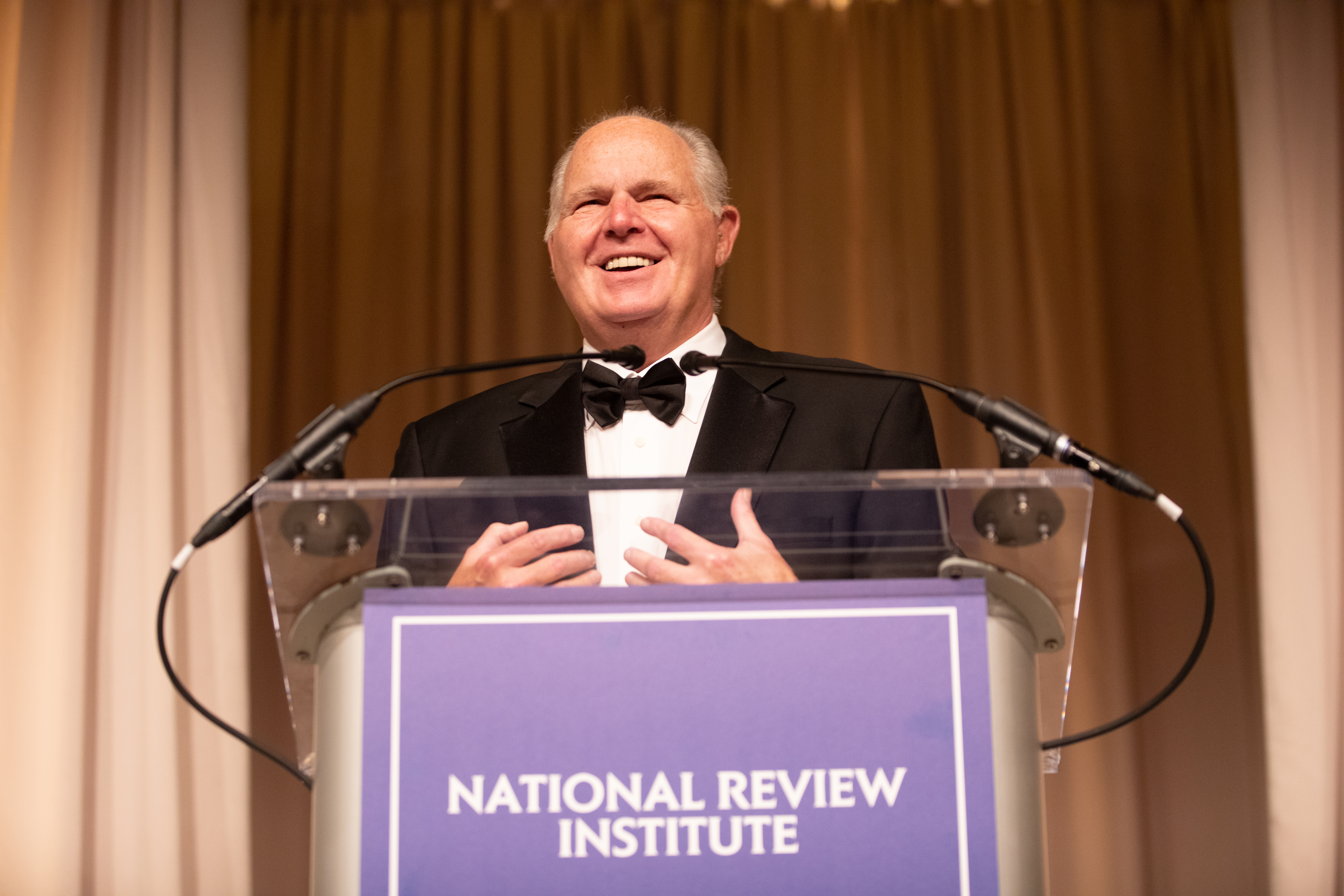 LOS ANGELES, October 31, 2019 – Last night at the National Review Institute’s sixth annual William F. Buckley Jr. Prize Dinner, Premiere Networks-syndicated host Rush Limbaugh was honored with the Buckley Prize for Leadership in Political Thought. Limbaugh was recognized for his exceptional success articulating and popularizing conservatism to millions of Americans through his acclaimed talk show.
During the ceremony held at The Breakers in Palm Beach, Fla., Limbaugh was likened to Buckley for his ability to capture the attention of millions of Americans, discussing the important issues of the day and disseminating the core principles that make this nation exceptional. A close friend and mentor, Buckley once said of the five-time Marconi Award winner, “Rush Limbaugh is by everyone’s reckoning a phenomenon, the most spectacular media success of recent years.”
“This is as meaningful as any award I could have,” said Limbaugh as he accepted the award on stage. “ …to be mentioned in the same sentence as that award and to have the National Review acknowledge me this way, it’s a big deal to me and I appreciate it.”
High-res photos from the evening can be downloaded here.
Pictured: Rush Limbaugh accepts the Buckley Prize for Leadership in Political Thought at the National Review Institute’s sixth annual William F. Buckley Jr. Prize Dinner held at The Breakers hotel in Palm Beach, Fla.
*Photo Credit: LILA PHOTO
About The Rush Limbaugh Show
Nationally syndicated by Premiere Networks, The Rush Limbaugh Show is heard on more than 650 stations by millions of people each month.  It’s the highest-rated national radio talk show in America.  Please visit www.RushLimbaugh.com for more information.
# # #